Over the past several months there have been a couple of people who have taken footage from The Roller Blade Seven and used it to make music videos. This is not the first time this has happened. Back in the '90s there were a couple of bands that did this. One was an electronica group from Sweden (I believe). Their music was very good. This was back before YouTube became the massive force it has become and the video was uploaded to a different platform. I forget the name of the band and I never downloaded the video. I guess I thought it was going to be up there forever. Obviously, I was wrong. If you know who that band was and/or have a copy of the video, let me know.
More recently, a couple of people have followed suit. I’m not going to name band names here, just to keep this simple, but the first time this happened (recently) I thought it was done by the band themselves so I contacted them via their website as I always liked their music. The leader of the band got all pissy with me asking if I was trying to promote my movie by using his music. As I told him, Roller Blade Seven needs no publicity. I even told him how he could do a Copyright Take Down on YouTube if he wanted to. But, at least so far, he has not. So, I don’t actually know who combined their music with RB7 footage or why?
Overall, I have mixed feelings about this whole process. On one hand, it is kind of flattering, as the fact is we made RB7 over twenty-five years ago and there is still a lot of discussion surrounding it and a lot of footage being appropriated. On the other hand, it is all kind of weird because no one has ever contacted me asking me if it is okay to use footage from one of my films to make their music videos. And yes, I do own all rights, title, and interest to the film. So???
From a certain perspective, this is all fine, great, and interesting but it sets me to questioning, “Why.” One of the main issues is that I have moved on so far as a filmmaker since we made RB7. Everything about my filmmaking style has evolved. Yet, people are still looking to the past. They are not coming to me and asking me to make the kind of music video, for a specific song, that I would do today; they are just grabbing footage and running away with it. And certainly, no one is paying me any money for the use of my footage, which is one of the whole points of Copyright Laws, nor is anyone even asking me if I like the music that they are using Roller Blade Seven footage for—which I believe should be one of the elemental criteria. So again, I have mixed feelings.
For example, the most recent band that I have found using RB7 footage for their music video, I am not really about. I don't really like their music. Initially, I thought to do a Copyright Take Down on it but then I realized that would be a bit disingenuous as I am sure some people like their music.
For anyone who has read the story of Roller Blade Seven, they understand that the movie cost my life a lot. So, to not even ask me if it’s okay to use the footage is a bit discourteous. If you love the movie, great! If you like the footage, great! But, you should at least have the reverence for the filmmaker to ask him (me) if it’s okay to use the footage in association with your music video or any other visual project before you just grab it and run.
For the record, I don’t work cheap. But, I can be hired. So, if you want to do it right, you should contact me and maybe we can make a Scott Shaw Zen Film Music Video, twenty-first century style, for your song. Yeah, yeah, I get it… You want to grab RB7 publicity (as shoddy as that is) and you want your footage for free and you don’t want to have to work too hard to get your music video out there. But hey, if you like Roller Blade Seven, think about the filmmaker first!
This is all kind of like when you’re in a room and someone is talking about you and you know they’re talking about you and you want to say, “Hey, you realize I’m standing right here.” But, you don’t say anything and you just let them speak.  :-)

Available for the first time online, Interview: The Documentary. 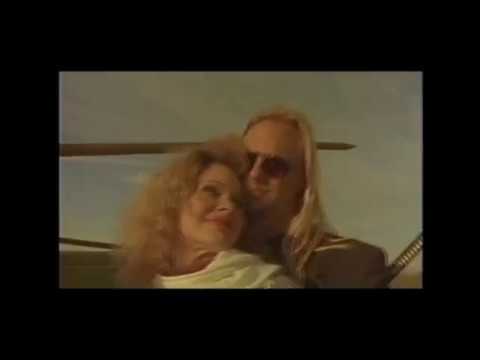 Scott Shaw
Hi Everyone, I’m an Author, Filmmaker, Actor, Composer, Photographer, Artist, Blogger, etc... As an author, I've written a bunch of books that are available everywhere. Plus, they have been translated into a lot of different languages. So, you can find them around the world. As a filmmaker, back in 1991, I created a new style of filmmaking that I titled, Zen Filmmaking. In essence, the primary premise behind Zen Filmmaking is that you don't use a screenplay in the creation of a film. Instead, you allow the spontaneous creative energy of the moment to be your only guide in the filmmaking process. I've made a bunch of movies based on this style of filmmaking. In a nutshell that’s me… Hit over to scottshaw.com for the all and the everything Scott Shaw. Be Positive!